The beauty of Mount Rinjani Lombok

Mount Rinjani Lombok is one of the highest mountains in Indonesia with an altitude of 3.726 meters above sea level. The panorama of Mount Rinjani is so exotic with the many contour lines on the mountain ranging from dense forests, shrubs, to vast savanna fields.

Not to mention the crater come on kid which is known for its beauty. Many local and foreign climbers make Rinjani their main target and dream in their ascent. Not because of its beauty, but the challenges that must be faced in the 10-hour climbing trip to the top with various track conditions on the most beautiful mountain in Indonesia. Lombok island West Nusa Tenggara. 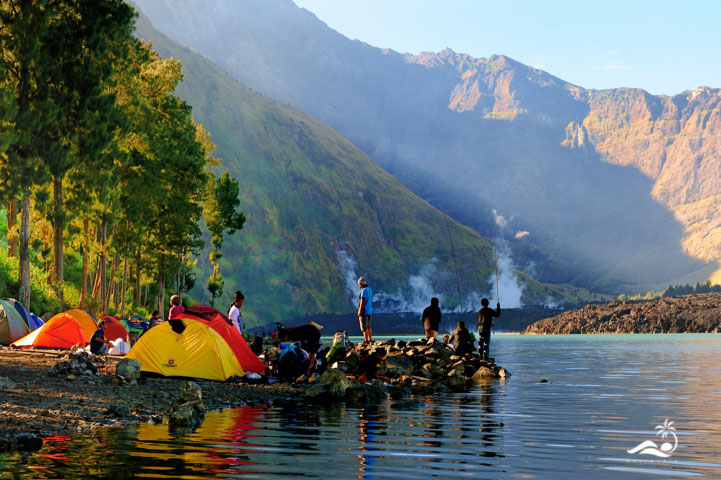 Mount Rinjani is included in the area Mount Rinjani National Park (TNGR) which has an area of ​​more than 75.000 hectares. Mount Rinjani is located in the northern part of the island of Lombok. So that during the climbing process will be monitored directly through the posts that have been provided.

Many other beauties can be found on the hiking trail of Mount Rinjani. For example, there is the beauty of edelweiss flowers, the beauty of the ocean above the clouds, the beauty of the sand and the whispering cliffs, and many more that will accompany the journey to the top so that the tiring journey is completely paid off. Even the beauty of this mountain, many filmmakers use it as a backdrop.

Mount Rinjani is an active mountain and is the second largest active volcano in Indonesia. The height of Mount Rinjani makes the dominance of the scenery of the island of Lombok, especially in the northern part clearly visible.

According to the history of this area, 2 important events were recorded, namely;

For climbers, it is better to come here in July to August because it is the right time with cool air you will find here. In that month, the condition of the plants on Mount Rinjani is so green and looks more exotic.

Mount Rinjani has a large crater with a diameter of approximately 10 km. Rinjani Crater is also filled with water to form a lake or Segara called Segara Anak.

Myths based on local people

In this crater there is also a small mountain that adds to the beauty of the child immediately. The water is clear and warm with lots of fish in it. The depth of the saplings is estimated to be more than 200 meters, giving the top a dark blue color.

For those who want to climb Mount Rinjani provided 2 relatively easy paths. Although there are many other paths that can be taken, these two paths are the most recommended because the other paths have more extreme terrain.

The two lines are the Sembalun line and the Senaru line. The Sembalun route is the easiest route with a fairly flat area and not too sloping, while the Senaru route has more terrain and slopes but is able to cut the journey as far as 1 km.

These two paths have 3 posts each to monitor the condition of the climbers. At these posts the climbers can rest and set up tents to rest.

What You Need To Know Before Climbing

Mount Rinjani is one of the highest mountains in Indonesia so it requires careful preparation before climbing it. It takes 4-5 days to climb this mountain so it needs physical and mental preparation.

Avoid traveling at night because the terrain will be difficult to pass, especially when the air on Mount Rinjani reaches 5 degrees Celsius. If you don't know the terrain you will face, it is better to hire a porter or guide to guide the trip so that the time taken is more efficient.

Make sure the name is registered at the information post before starting the hiking trip so that security while climbing can be maintained to the maximum.

Considering that Rinjani has a long path and high cruising range, make sure the conditions when you are going to climb are really fit.

As for those who like fishing, don't forget to bring a fishing rod because when you are in Segara Anak there are quite a lot of tilapia fish ready to be caught and feel the sensation of fishing with the beautiful natural scenery of Rinjani.

Why it deserves to be called a 5-star mountain

There are many factors that make Mount Rinjani get the title as a 5-star mountain.

1.  It is the abundance of natural beauty that accompanies the steps when climbing the summit of Rinjani. Starting from Segara Anak Lake, Susu Cave and Mas Umbrella Cave, Sembalun Savanna, to several waterfalls.

Can you imagine in one trip you get a lot of bonuses, right? Apart from getting to the true peak of Rinjani, there are still many beauties that are presented.

Not until there, climbers are also presented with a view that will never be forgotten for a lifetime because the beauty of the sunset on Mount Rinjani is the most beautiful among other tours.

2. The path used for climbing can really entertain and refresh the eyes. How not other than passing through the vast savanna in Sembalun, clusters of cliffs, forests, and oceans of clouds will accompany the climbing trip so that the eyes will never be separated from the beauty on offer. 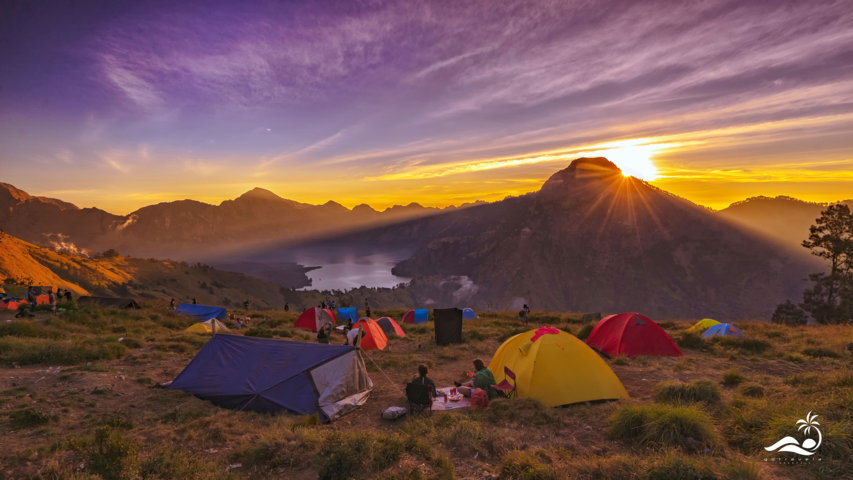 3. Mount Rinjani was chosen to be the best-managed mountain in the world so that all facilities and safety of climbers are a top priority.

4. Local wisdom, both cultural and religious, which synergize with each other, respects cultural aspirations so that it complements the beauty of Mount Rinjani.

5. The geographical location of Mount Rinjani which is the intersection of the Wallace boundary line where the flora and fauna typical of Asia and Australia meet. Thus, the exotic flora and fauna that existed during the trip accompanied the climbing steps. So which other mountain can have beauty and beauty like Rinjani?

Get our offer for Lombok & Gili Trawangan tour packages;

The Beauty of the Peak and Lake Segara Anak

Moreover, what can be said about the beauty of the Rinjani peak is so beautiful. From here you can see the entire cluster of Lombok island even up to the top of Mount Agung in Bali. There are no words that can describe its beauty other than extraordinary.

Starting from the beauty of the Rinjani crater caldera which spans for 10 km with the beautiful crater of Segara Anak and its small mountain. From far away, there is still an ocean that separates the island of Bali from the island of Lombok. Until he reached the top of the resounding Mount Agung.

Not a few climbers who were stunned for a long time to shed tears wanted to vent all their emotions for the struggle to reach the beauty of the Creator. Satisfied with the panorama that is at the top of Rinjani, it's time to come down to rest for a while while enjoying the beauty of the children.

To get to Segara Anak, it takes quite a long time because you have to descend from a height of 3.726 masl to 1.700 masl with a fairly dangerous descent path because of the slope.

When you get to Segara, the saplings will surely be amazed again by the beauty of this paradise lake. Located between mountains and cliffs that stand firmly, the fresh water saplings hold a deep reflection and reveal the exoticism of Rinjani's valor.

There are no words that can describe it, so as a true climber, it is obligatory to be present on this mountain to enjoy the beauty of Segara saplings and the peak of Rinjani.