Maybe many are curious about the origins of the Ma'nene Tradition of the Toraja Tribe. This tradition is a ritual to change the clothes on the corpse.

At first, this ma'nene tradition came from an animal hunter named Pong Rumasek. Pong Rumasek came to a forest area in the Balla Mountains and he found a corpse in a fairly poor condition.

Seeing the unfavorable conditions, Pong was moved to bring and then dress decent enough for the corpse. Then Pong buried in a good and safe place.

After doing so, Pong felt that he had many blessings in his life. One of the crops that became the main commodity of the agriculture he did quickly experienced a harvest period.

In addition, Pong also becomes easy to get game animals. This made him feel that the bodies of the dead still deserved treatment and respect. The Baruppu people then inherited it and it still exists today.

Knowing the Process of Implementing the Ma'nene Tradition

After knowing how the history is, this time we will find out how the process of implementing the Ma'nene Tradition of the Toraja Tribe is. The goal is to give appreciation and also honor the bodies of people who have died.

This tradition itself begins with visiting the burial sites of the ancestors. This location is precisely in the cemetery Patane in Lembang Paton, Sereale District, North Toraja Regency.

An elder or Ne'Tomina of Ancient Toraja will offer a prayer. Then the family will remove the corpse from the coffin.

The next procession of the Ma'nene Toraja Tradition is the corpse that has been removed from the coffin and then thoroughly cleaned. Starting from the head to the toes using a clean cloth or brush.

When finished, the corpse will be put back in clean and new clothes. Then the corpse's family will lay back in the original coffin.

During the implementation of this traditional process, the men need to form a circle while singing songs and also performing dances. This is a symbol of sadness to be able to return to encourage the families who have been left behind.

How? Interested in seeing the Ma'nene Tradition of the Toraja Tribe in South Sulawesi? This ritual usually takes place once every 3-4 years and usually in August. So, make sure you come when this ritual will take place. May be useful. 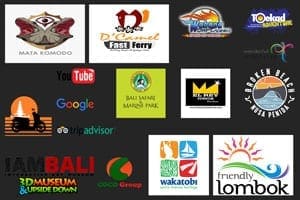